A Vacation at Seuss Landing!

After a short trip in the flying van, we (Asta, Gracie, Momo, Karl, Ruis, Opus and Olive) landed where? AT SEUSS LANDING! We are treating Gracie to two days at the theme park in Orlando, Florida! 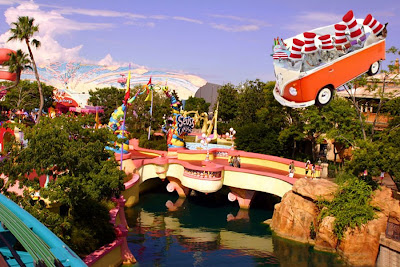 We are so excited as we have rented the Dr. Seuss kid's suite at the Portofino Bay Hotel at Univeral Studios! 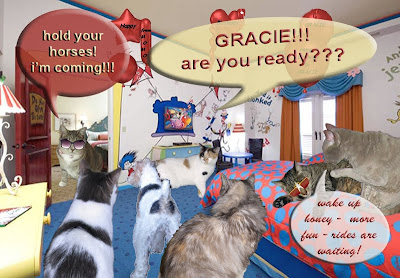 After a quick rest, we were all (or almost all of us were) ready to enjoy the rides! 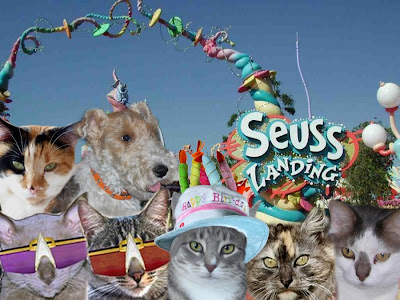 At the entrance of Seuss Landing 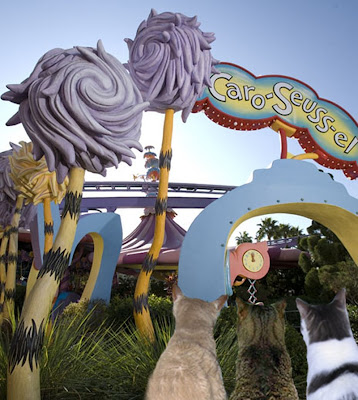 Opus, Ruis, and Karl ready to give the Caro-Seuss-el a try. 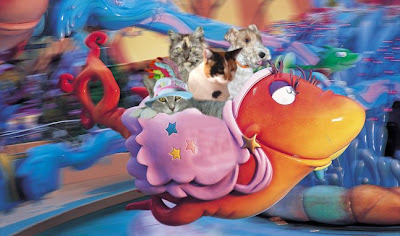 Momo, Asta, Olive, and the birthday girl, Gracie, enjoying the Fish Ride; which would have made a better snack if you ask us! 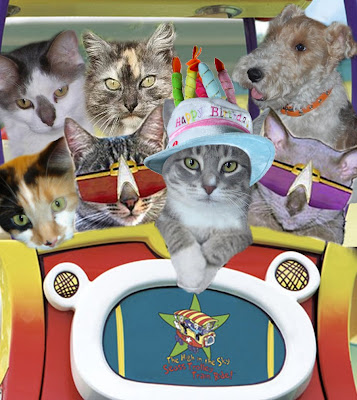 The whole gang together taking a Dr. Seuss style train ride. Soon it will be time head home, but we won't think of that just yet!

At last Karl remembered what he had left behind at Gracie's house, his suitcases! And guess who was inside? 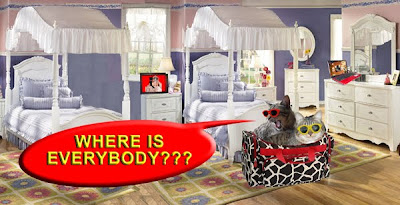 None other than stow-a-ways, Edna and Coco, who had hoped to end up at Seuss Landing, NOT in Gracie's bedroom. But they made the most of their unsnoopervised time.....

In celebration of her first the birthday we (the gang) decided to take Gracie on a surprise trip after a long weekend at her "Cat in the Hat" themed birthday party. We gave her a box and inside she found a blind fold with directions... 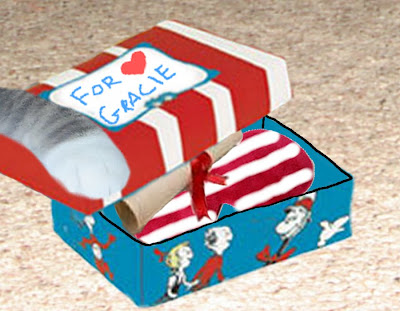 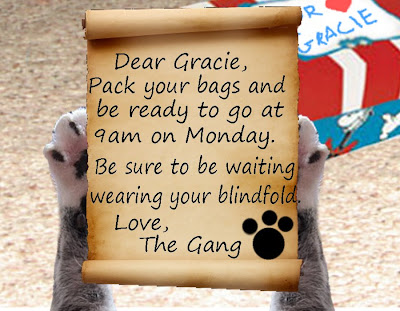 Gracie was waiting for us this morning with her bags packed and ready for her big adventure.

Once we arrived she quickly put on her blind fold and the adventure began. As we headed out across the Indiana sky, Karl had an uneasy feeling that he had forgotten something. Though Ruis tried to calm his fears, Karl was sure that something had definitely been forgotten but could not figure out what it was. 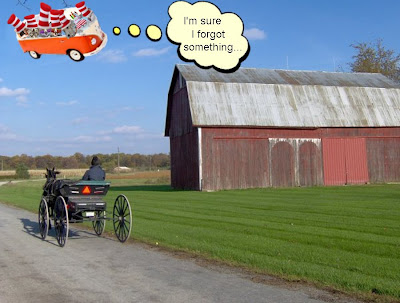 Meanwhile back in Gracie's room...... 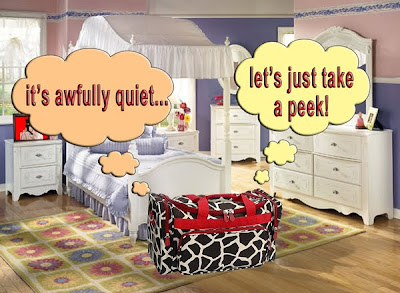 Can anyone guess where we might be taking Gracie for her birthday? We will give you one, little hint.... 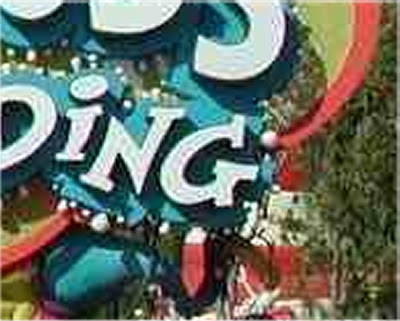 Hop on the Party Train! 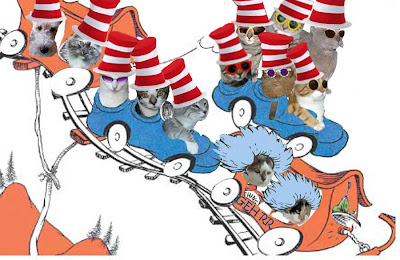 Today is Gracie's First Birthday and she is throwing a HUGE party over at her blog. The theme is Dr. Seuss so grad your cat (or dog) in a hat and head on over where the party will be roaring all day long! See you there!
Posted by Cat Naps in Italy at 8:54 AM 6 comments: 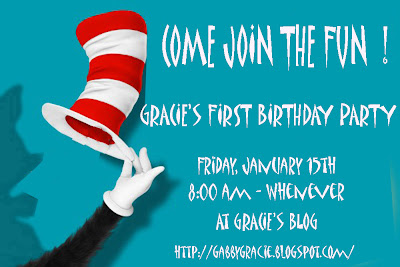 We are ready to go! Can't wait to see you there! 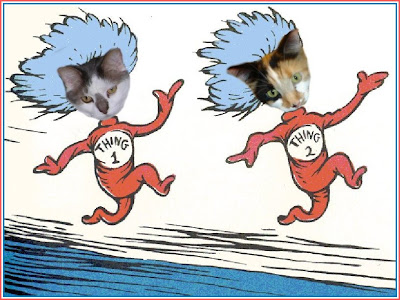